Getting my fish on at Lure Fish House

Half of EMC headed out to Camarillo for some seafood and he brought his mom along to get in on some extra food and because that way I don’t look so lonely eating at places by myself so much.  Now I know what you’re thinking. “Mikey you have a mother? You’re telling us you weren’t hatched in some government lab? “

Yep it’s true.  I have a mom and she’s the best mom in the whole entire world.  Now I know you’re saying to yourself, “Yeah she might be great but my mom’s way better.”

I’m sorry to break down your walls of illusion but all mothers pale in comparison to mine.  Not only is she the best mom since the dawn of man, but she is also a great person to bring along for a great fish dinner.  We originally wanted to hit up a new Mexican joint down on Ventura Blvd, but it was closed so she suggested Lures after having been there a few weeks ago.

Lure is your top of the line modern seafood restaurant.  It’s got that steakhouse Outback, Wood Ranch kinda feel except with fish.  It’s a huge place so it is perfect for your big party get-togethers, but a little more difficult for one on one dinners. Being that it’s large and open, its hard to hear who you are talking to and you pretty much hear everyone around you.  Very clean, very modern, and very open.

The staff are all very nice without being too Disney and our waiter was very customer service oriented. He was ready and willing to answer questions which with my mom is a must ’cause she has more questions than Trivial Pursuit (the deluxe edition that comes with 5 thousand more questions). The menu is simple and has plenty of dishes. There is a great variety of appetizers and entrees. They even list dishes that show which meals use fish that were not farmed or caught in mass fishery nets run by the man.

They also cook with some of our local fish caught right here in Ventura waters. They have a few entrees using our local rock cod which I think I’ll try next time.  Having caught it and cooked it myself, I’d love to see if it’s better than mine. END_OF_DOCUMENT_TOKEN_TO_BE_REPLACED

Unfortunately, we must interrupt our regularly scheduled programming due to technical difficulties.  Normally, on Tuesday nights, Mikey would be bringing you his latest recap of Deadliest Catch.  However, because some vandals destroyed the cable box for his entire community, poor Mikey is instead listening to the Angels game on transistor radio and attempting to boil hotdogs on his diesel powered hotplate.  Good luck with that, Mike.  I got your back…

The reason why I decided to give this place a try was because my Mom told me to.  No other reason, really.  When Mom says go, I go, but it ended up making for a nice little Saturday morning.

Camarillo is not a town that I spend a lot of time in, but I might make more trips out from now on.  The town boasts a nice little farmer’s market every Saturday morning and it’s right down the street from Dorothy’s Chuck Wagon Cafe. 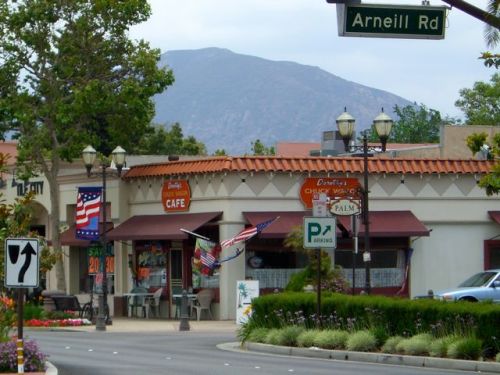 END_OF_DOCUMENT_TOKEN_TO_BE_REPLACED

It’s All Greek to Me – Ventura Greek Festival 2009

I didn’t get to post this last night because I went to see The Hangover.  Sorry, but even bloggers need a night off every now and then.  The other thing I accomplished last night is the topic of this post.  I went with a few of my coworkers to the opening night of the Ventura County Greek Festival.

Honestly, for a history major, I don’t know a lot about Greek stuff.  I know that Greeks invented democracy and city-states and gyros.  Other than that, I’m pretty ignorant on the whole topic.  Which as most of you know, is extremely painful for me to admit.  And it’s for that reason (and the fact that I got a free ticket) that I chose to take this chance to learn a little more about my greek brothers and sisters.

This festival is going on all day today and tomorrow.  The hours for today are 10:30am to 9pm and tomorrow they’re open from 10:30am ’til 7pm.  Rather than giving you a review on the event and then making you wait an entire year to actually attend, (strawberry festival/cajun festival) I’ve decided to give you a few highlights and hopefully encourage you to check it out this weekend.

The Ventura Greek Festival is held at St. Demetrios Greek Orthodox Church in Camarillo.  The price of admission is $4 but if you bring the coupon from their website, it says that you’ll get $2 off the price of your ticket.  Either way, it’s a dirt cheap price to pay for a festival.  As usual for these events, kids get in for free.  In this case that includes all non-teenagers (12 & under). 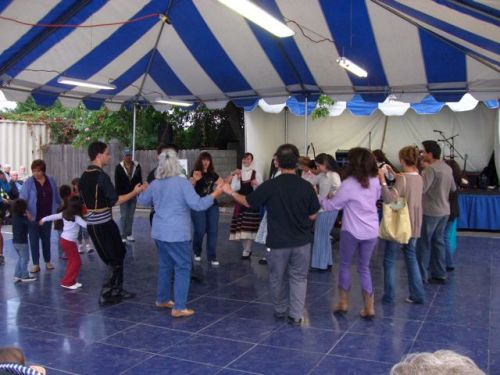 END_OF_DOCUMENT_TOKEN_TO_BE_REPLACED

With a great name like that, I don’t need to even try to spice it up. Snapper Jack’s was created by a local Ventura man and his wife and yep, his name is even Jack. It opened back in 2000 and I’ve been there a few times. They even have a new location in Camarillo. The one thing I had never had though, was any of their snapper. So here we go with Snapper Jacks Taco Shack.

END_OF_DOCUMENT_TOKEN_TO_BE_REPLACED

I took on a high end steak house in Ventura called the Aloha Steak House.  Personally, I don’t normally hit up places where the average meal costs $30 to $40 dollars a plate, but this place gets business and a lot of people like it so I wanted to add it to EatMeCalifornia’s list.

Aloha Steak House – Off of California near the Fairgrounds. 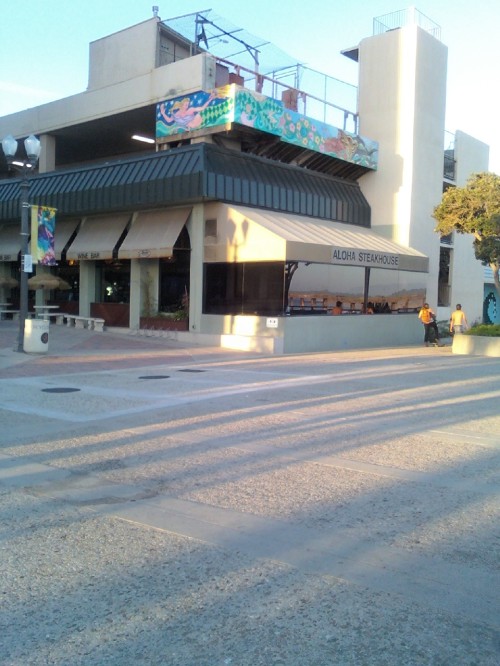 END_OF_DOCUMENT_TOKEN_TO_BE_REPLACED

Sumo seems to be a popular name for Sushi places. I found that the Sumo in Camarillo and the Sumo in Ventura are completely separate joints. Which pretty much means there is a good Sumo and a bad Sumo. Unfortunately for Camarillo they have the bad Sumo.

END_OF_DOCUMENT_TOKEN_TO_BE_REPLACED

A little bit of everything

So tonight, on this gorgeous Sunday, I wanted to rest up the pallet a bit and give you a buffet of items I have on my A-Team TV tray.

First off who’s watching Hells Kitchen?  Do you have a favorite chef?  I kinda feel chef-wise this seems like a weak group.  I love watching people cry though.  I think it stems from some repressed anger from second grade, but my favorite part of these shows isn’t the food; it’s the stress, ridicule, sadness, and the sheer awesomeness of watching somebody completely break down inside.  For those watching, they finally got rid of Seth who I am not sure could hack it at Burger King.  After watching Top Chef I feel like there is a complete lack of culinary talent on this show. I just gotta hope people keep crying.   END_OF_DOCUMENT_TOKEN_TO_BE_REPLACED