For those of you who have been keeping up with Mikey and I, you probably already know that Mikey and I had a recent adventure in San Diego (Which according to Ron Burgundy means “a whale’s vagina”).  We had an awesome time while we were there and figured that between fine cigars and pints of cold brew, we’d hit a restaurant or two.  Fortunately, we never had to stop drinking because we found a place in the Gaslamp that brews their own. 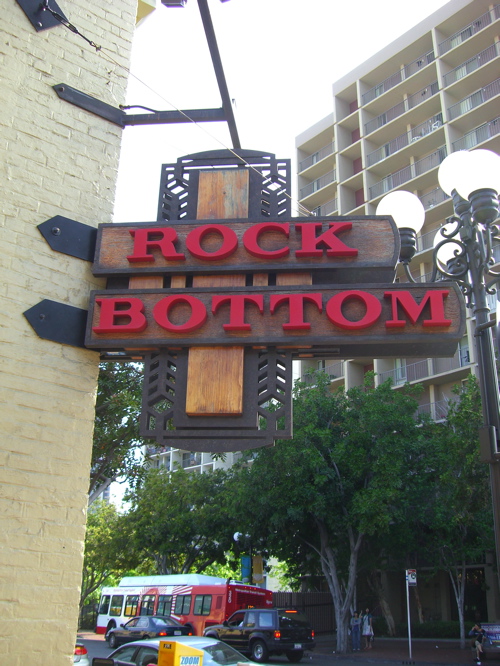 Get it? We've hit rock bottom. I'm such a dork!